A range of control systems to interface between Renishaw’s motorised heads and autochange racks and your CMM.

The ACC2-2 handles the communications to and from the CMM controller, controls the ACR1  autochange rack and multiplexes and interfaces the head and datum probe signals. 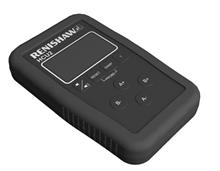 HCU2 is a portable head drive and position display unit for use with the PHC10-3 and PHC10-3 PLUS motorised head controller. This is invaluable for setting up a component, operator controlled inspection and teach-cycle programming.

It allows an operator to manually change the orientation of the head without the need for sending commands through the CMM controller.

PHC10-3 PLUS head controller receives instructions from the CMM control. The PHC10-3 PLUS controls all head functions and reports system status to the CMM:

The PHC10-3 PLUS does not process any of the probe sensor signals. These are railed clean through the heads axes and controller to the probe interface. 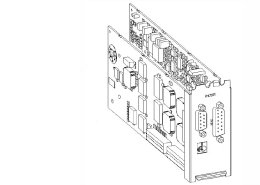 The PHC1050 interface board is one of a range of plug-in daughtercards for Renishaw UCC universal CMM controllers. It provides a simple interface between the PH10 PLUS probe head and the metrology application software using no external hardware and with minimal cabling and connectors.